Technical Appendix for “Not All Midterms are Created Equal”

While poll watchers hang on every little change in numbers like the lead on the generic ballot, this article will ask some broader questions. What factors appear to have influenced that lead since Biden took office? I will address five kinds of factors:

To evaluate these factors, I am using the complete set of generic-ballot polls archived at FiveThirtyEight beginning after Biden took office and ending on October 28th. I have excluded the sixty so-called “tracking” polls from the sample since they can overwhelm the other polls and impose an unnatural stability to the numbers. That leaves me with 495 initial observations.

Gasoline prices are measured weekly while the unemployment rate and the Consumer Price Index are reported monthly. These data come from FRED. I assigned each poll the values of these economic measures depending on the week the poll was conducted. (All polling dates are defined at the midpoint of the interviewing period.) The polling features are reported in the FiveThirtyEight data.

Compiling a list of relevant events is obviously rather more subjective than these other factors. I went through the timelines for the Biden Administration at Wikipedia and chose events which seemed significant or which received broader coverage than most. Here are the ones I identified:

While this list is arbitrary, we will soon see that few events have a direct effect on the generic ballot. 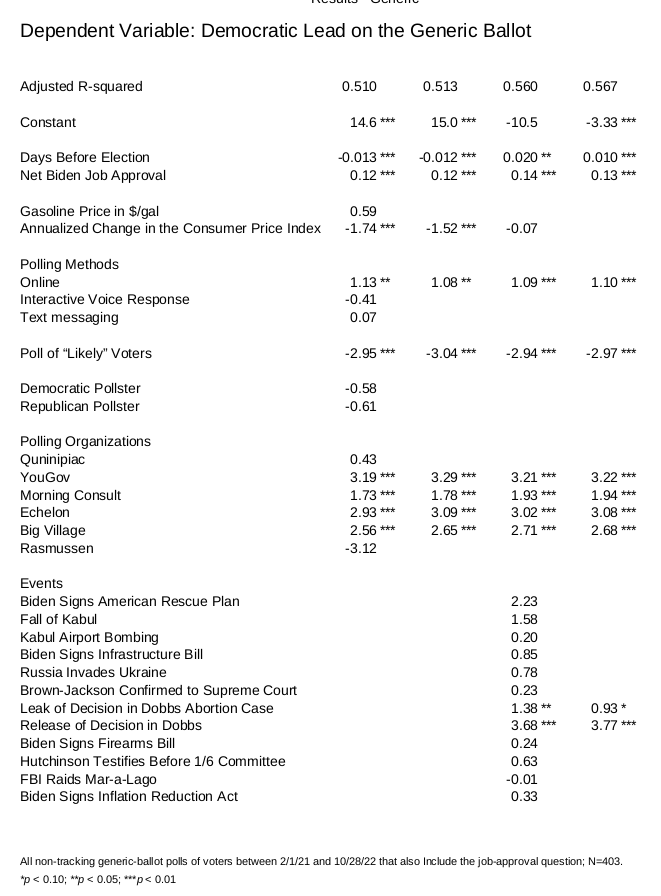