Morning Consult has released its estimates of presidential job approval by state for the month of November. Here are the updated estimates for Senate elections using these figures. 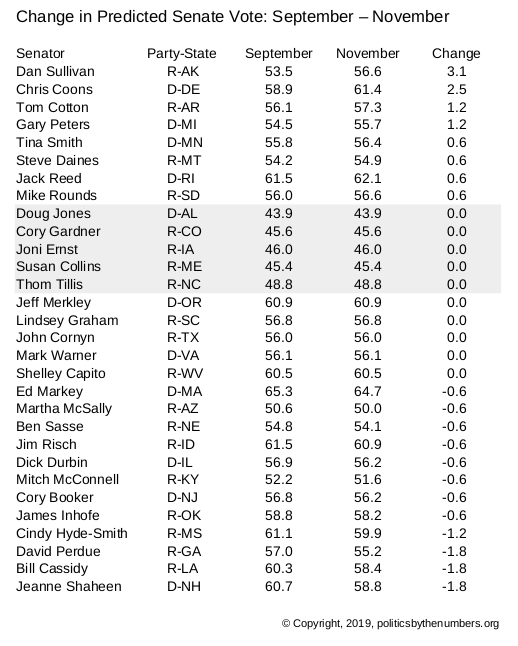 The shaded entries represent Senators predicted to lose their seats next fall.

Obviously little has changed, and all five of the Senators on the endangered list saw no change at all. Also no Senators previously predicted to win re-election now appear in danger.

The largest changes may well represent sampling error since they come from states with small populations like Alaska, Delaware, and New Hampshire. The two changes of note concern Gary Peters’s improvement in Michigan and David Perdue’s decline in Georgia. Both of these states have populations large enough that the observed changes may be meaningful.