During oral argument in Rucho v. Common Cause, the North Carolina gerrymandering case, the Supreme Court and the attorneys for the parties considered a variety of criteria to identify what Justice Stephen Breyer called “real outliers” in terms of election results. In the first article of this series I considered his half-the-vote/one-third-the seats criterion. In the last posting I considered the notion of measuring deviations from some predicted baseline result. In that article I proposed a formula for estimating the baseline based on historical voting data:

This formula provides a simple, yet historically accurate baseline for estimating the share of seats we should expect the Democrats to win given their share of the Congressional vote statewide. (I should note that this formula is entirely symmetric. We could use the Republican vote and seat shares and get the identical result.) Armed with a method for determining the baseline prediction, I turn now to a method for identifying deviant electoral results.

How big a deviation from that baseline should be considered “significant” depends on both statistical and legal/constitutional criteria. I will only be talking about “significance” in the statistical sense. As we’ll see, the size of the deviation you are willing to tolerate depends on the proportion of outcomes you consider to be possibly unconstitutional.  In that sense, Justice Potter Stewart’s famous comment about identifying pornography, “I know it when I see it,” applies to gerrymandering just as well.

In the discussion about proportionality, plaintiff’s attorney Paul Stewart suggested and dismissed a “one standard deviation” away from some baseline criterion for gerrymandering. I have dealt with his objection concerning estimating a baseline result, but just one standard deviation is much too low a bar. As this graph shows, about 32% of elections should fall outside the one-standard-deviation criterion, many too many to qualify for judicial review. Statisticians often use two standard deviations as a minimal criterion for “statistical significance.” That would subject about five percent of the elections to additional scrutiny. Justice Breyer’s criterion works out to about one election in a thousand, which corresponds to a standard deviation difference of about 2.5. 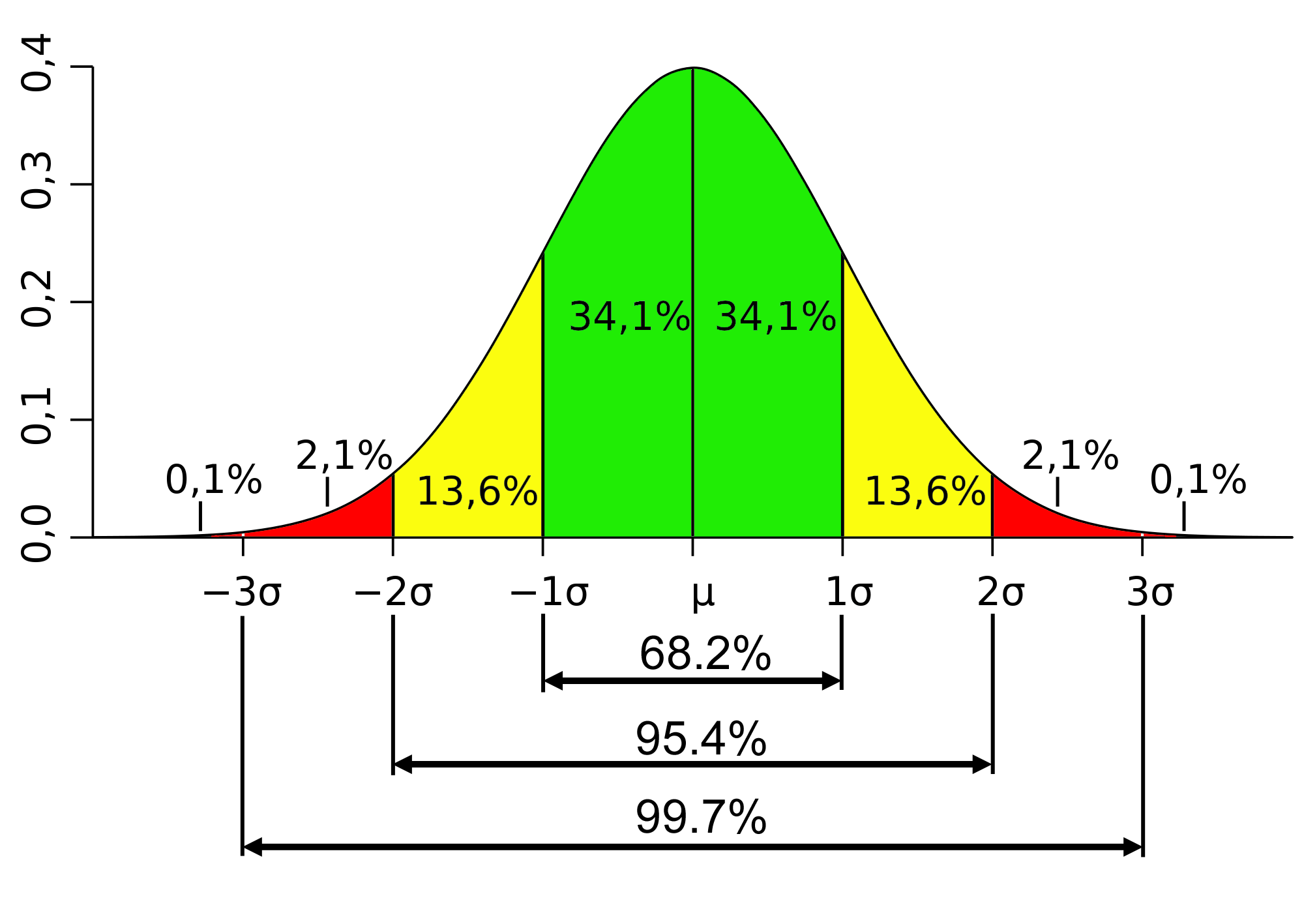 Now it turns out the regression method also generates an estimate of the “standard deviation” of the predicted values. This quantity is called the “standard error,” and for the regression using state-years as the unit of analysis, the estimated standard error for the percent of seats won is 10.2.  So, using two standard errors as a minimum criterion, we should look for results where the difference between the actual number of seats won, and the prediction from the formula above, is at least 20 percent.  Here are the elections held since 2010 where the actual outcome differs from the predicted value by a least 20 percent. The “standardized deviation” column measures the absolute value of the quantity (Actual – Predicted)/(Standard Error).  The larger the value the further the election deviated from the prediction. Using the absolute value treats both parties symmetrically. All three elections identified by the “Breyer criterion” also appear in this list. However there are a number of elections that fail his criterion, but where the actual seat outcome differs from the predicted value by at least two standard errors.  Connecticut persistently sent five Democrats to Congress since 2010 when the vote suggests there should have been at least one Republican in the delegation. Connecticut would not be identified by Breyer’s criterion, but a reasonable observer would conclude that state’s Congressional district lines appear to have been gerrymandered in the Democrats’ favor. Democrats also got “too many” seats in Maryland in 2014, but that pattern did not recur in other elections since the 2010 Census. Similar “one-offs” like VA12, NJ18, and MI12 might also be attributed to chance rather than systematic discrimination via gerrymandering.

Most of the other elections in the list show an excess number of Republicans winning House seats given the statewide vote for Democrats. Both North Carolina and Pennsylvania appear twice as does Ohio, whose map was just thrown out by a Federal court.

By either Breyer’s criterion or by measuring deviations from a predicted baseline, the map created by the North Carolina legislature qualifies as gerrymandered. Ohio and Connecticut also deserve judicial scrutiny.